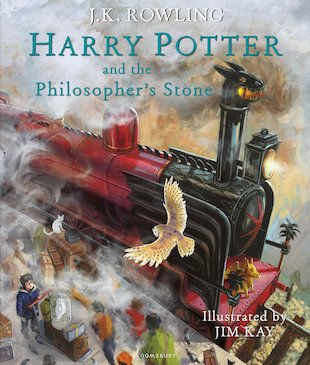 Welcome to a masterpiece. A beautiful gift; a treasure to keep for your entire life. Basically, nothing we say can explain the wonder of this book. It’s as powerful and magical as Harry’s phoenix-feather wand. The story of the greatest boy wizard of all time. Now with Jim Kay’s miraculous colour artwork. The Hogwarts sorting ceremony. Diagon Alley. Ollivander’s wand shop. Potion classes with Snape. Live through every moment again. Not just once but time after time after time.