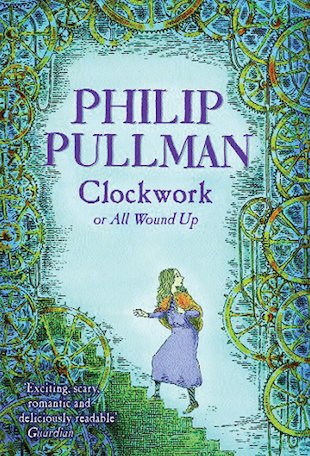 Tick tock! Tick tock! Some stories are like that. Once you’ve wound them up, nothing will stop them…

A tormented apprentice clock-maker, a deadly mechanical knight in armour – and the sinister Dr Kalmenius, whom some say is the devil… Wind up these characters, fit them into a story on a cold winter’s evening with the snow swirling down, and suddenly life and the story begin to merge in a peculiarly macabre – and unstoppable – way. Almost like clockwork… Like a strange and wonderful machine, this intricate tale cleverly brings its own cogs together to recreate what happened in a little German town one dark long-ago night…

“For those who want to read spooky stories this winter in front of a flickering fire, this story could hardly be bettered.” Independent

“Deeply satisfying and deserves to become a classic.” TES