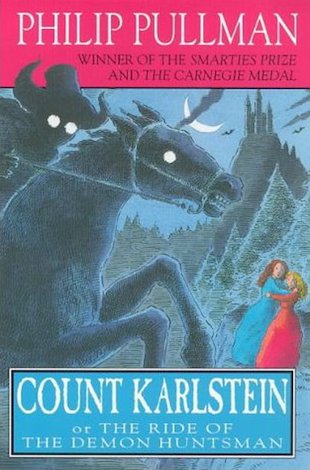 No one in the village of Karlstein dares to leave their home on All Souls’ Eve – the night Zamiel the Demon Huntsman comes to claim his prey. Now the evil Count Karlstein has struck a terrible bargain with Zamiel – and the lives of his two young nieces, Lucy and Charlotte, are in danger. Their only hope lies with Hildi, a castle maidservant, and her fearless brother Peter. Can they save the girls from their dreadful fate? Only one thing is certain – the Demon Huntsman will not return to his dark wood unsatisfied! A deliciously terrifying and wickedly funny Gothic tale from Philip Pullman, winner of the Whitbread Award, the Carnegie Medal and the Guardian Fiction Award.