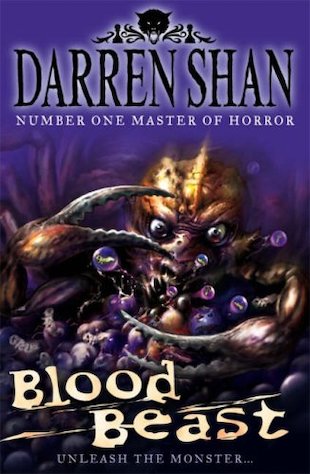 “Locked inside Dervish’s study. Breath coming quickly, raggedly. Trembling wildly. I still feel sick and dizzy, but maybe that’s fear. I force myself to breathe normally, evenly. When I’m in control, I study my reflection, looking for telltale signs. Am I turning into a werewolf? I don’t know!”

Grubbs Grady thinks he’s escaped his family curse. But what if he’s wrong? With each full moon, the jaws of fate are snapping. Grubbs has cheated death, defeated demons, moved on with his life. But, torn between the world of magic and his wolfen genes, can he defeat the beast inside? The sixth screamingly scary episode of Darren Shan’s Demonata!