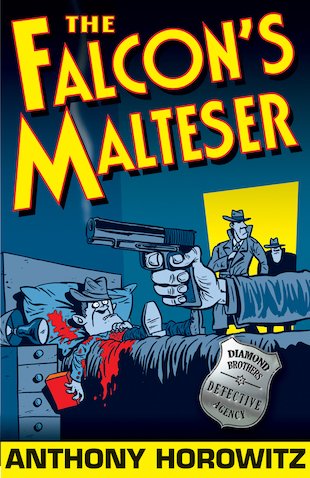 When a dwarf comes into the Diamond Brothers’ office and leaves a mysterious package behind, Tim Diamond, the dim-witted private dick, is faced with his toughest case yet. Soon after, his office is ransacked. Could it be something to do with the strange package, which contains nothing but a box of Maltesers? Only the dwarf knows, but he can’t tell, because he was murdered after leaving his Maltesers behind. Who was he, and who is behind his death? With a hodge-podge of clueless clues all leading into deadly danger, it must be a case for the Diamond Brothers!