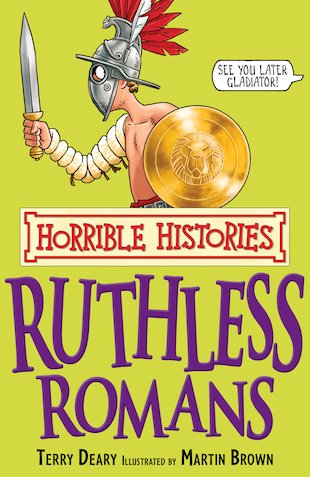 Ruthless Romans reveals the grim goings-on of the greatest empire ever, from the terrible twins who founded Rome to the evil emperors who made murder into a sport. Read on for gory details about the cruel Colosseum and the people and animals who were massacred there… and find out how, if you upset them enough, the ruthless Romans would CRUCIFY you. Eeek!