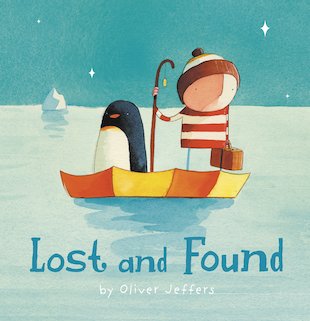 A magical tale of friendship and loneliness from a bestselling star of picture books. There once was a boy, and one day a penguin arrived on his doorstep. The boy thought the penguin must be lost, so he tried to find out where he lived. But nobody in the local area seemed to be missing a penguin. So the boy decided to take him home himself. They set out in his rowing boat on a journey to the South Pole. After lots of adventures, they finally arrived. But when they got there, the boy realised that maybe home wasn’t what the penguin was looking for…