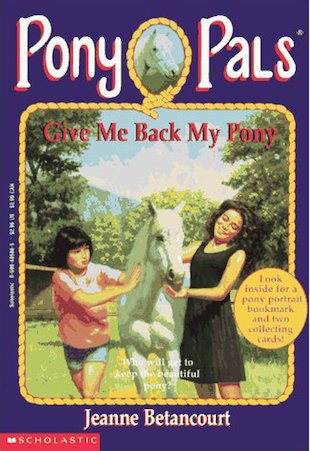 Pony Pals: Give Me Back My Pony

Lulu knows that Snow White isn’t really her pony. Her real owner is Rema, who’s away at school. But Lulu is the one who rides Snow White, grooms her and looks after her. It feels just as though Snow White were really her own. But when the holidays arrive, a rude and bossy Rema tells Lulu she can’t ride Snow White any more. Is this is the end of Lulu’s time with the Pony Pals?