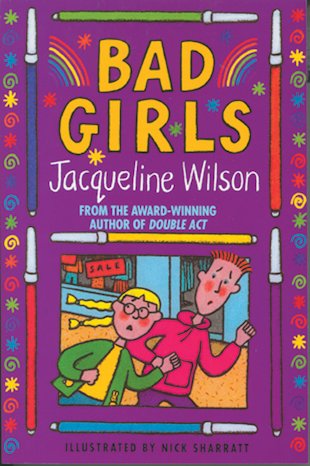 “Kim’s gang had better watch out! Because Tanya’s my friend now, and she’ll show them!”

Mandy’s been having a rotten time at school ever since her used-to-be best friend Melanie started picking on her. But now she has a new friend instead: cheeky, trendy, daring Tanya, who has an unhappy life but doesn’t seem to care. Tanya likes Mandy – she reminds her of her own sister, who’s in care – and the two soon become fast friends. But Mandy’s mum isn’t happy. She thinks Tanya’s a bad girl and a bad influence. And when Tanya starts pinching things, it seems as if Mandy’s mum might be right…