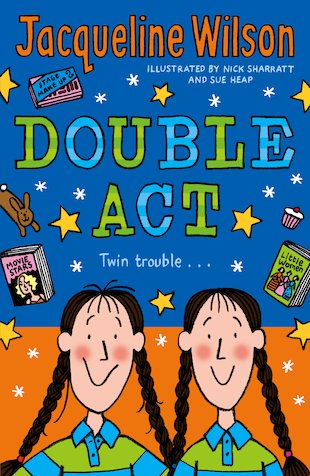 No-one can ever be like a mother to us. NO-ONE. NO-ONE AT ALL. ESPECIALLY NOT STUPID FRIZZY DIZZY ROSE.

Identical twins Ruby and Garnet are inseparable. They do everything together and go everywhere together. No-one can even tell them apart! Since the death of their mother, the girls have become closer than ever, safe in their own little world. But when Dad finds a new girlfriend everything in the twins’ lives turns upside down. Soon they find themselves in a new home, going to a new school and making new friends. And gradually, they find that being the same isn’t the same anymore…