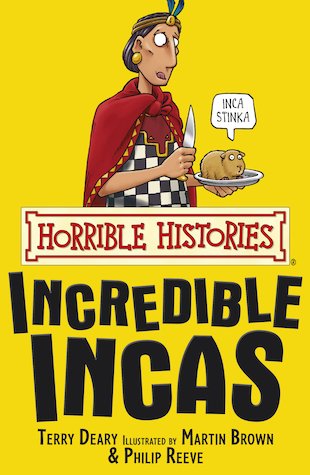 The incredible Incas may have built South America’s greatest civilisation, but they could be very icky indeed! The poor prisoners they pulled up their huge pyramids were likely to experience a very painful death. But things weren’t much better for your average Inca. Find out…

The Incan Empire ruled 12 million people, but was conquered by 260 Spanish invaders – and a few germs. In fact, it was the llamas who really had it lucky… they got to wear earrings and drink beer! So would you rather be a lucky llama… or an incredible Inca? Erk!