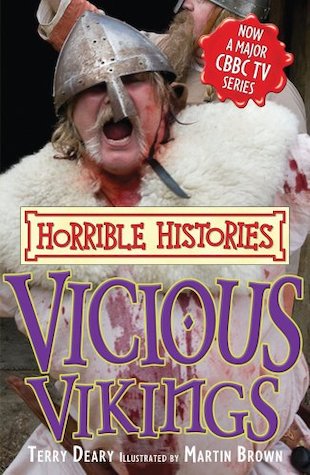 The horrible book to go with the TV series!

The Vikings were fearsome seafaring warriors with big boats, big shields and enormous ginger beards. This much you probably know. But do you know…

Read on for hordes of frightening facts about these vile invaders and their savage Saxon enemies! From cruel kings and vengeful Viking warriors to the mean and miserable slaves, it’s a story of beastly battles, truly terrible torture techniques and messy murders. Eeek!