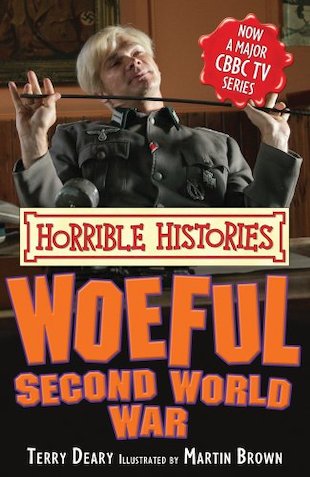 The horrible book to go with the TV series!

If you ever hear old folk moaning on about the world today, just remind them how woeful things were in World War II. When Hitler’s horrid army were goose-stepping round the globe, nearly everything in Europe was totally AWFUL! Read on to discover…

What with doodlebug bombs dropping out of the sky and sweet rationing driving kids (and teachers) mad, life in the Second World War was truly wicked. So from snow-bound cities under siege to fly-infested jungle trenches, and from rotten rationing recipes to awful invasions, discover all the dire details about the worst war EVER!