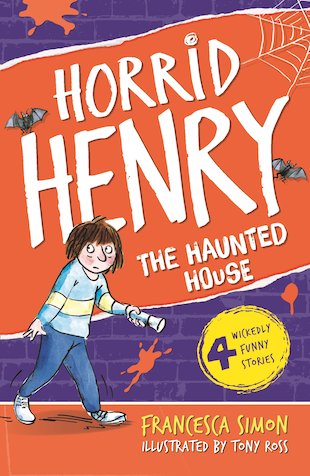 Four more horrible stories starring the child that parents and teachers have nightmares about. Horrid Henry gets a scare when he spends the night in a house that everyone says is haunted. He cheats in the hidden treasure competition. But that’s nothing to the warfare that breaks out when he and Perfect Peter argue about what TV show to watch… and when Henry horrifies the nation with his own TV appearance!