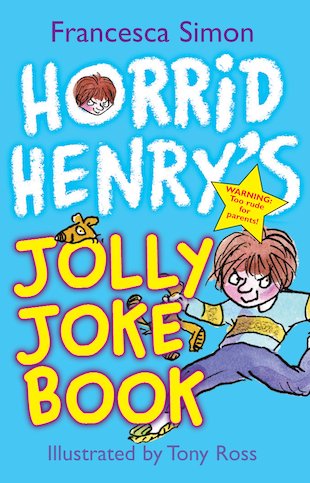 What do you get when you cross Henry’s jokes with Tony Ross? The greatest funnies on Earth. Jokes so brilliant (and with such amazing pictures) that Henry is itching to share them. Which is great, because we’re sure that you’ll be itching to laugh at them too. Now, this book is a bit special. It’s got all of Henry’s nastiest jokes. But it’s also got lots of evil extras that his classmates at school have tossed in. Jokes so horrid that they hurt. Dare you laugh at them?