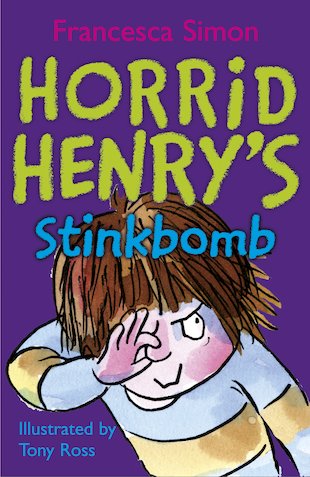 Hold your nose as a stinkbomb becomes a deadly weapon in Henry’s war with Moody Margaret! Giggle in glee as Mrs Battle-Axe is ticked off by the school Head – and chortle as Henry uses all his guile to win the school reading competition, only to find that the longed-for prize is not at all what he expected! Horrid Henry is back with a bang!