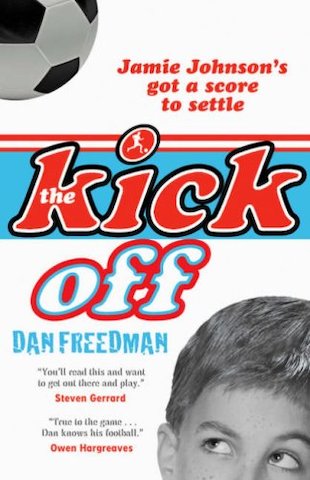 Jamie Johnson #1: The Kick Off

Jamie’s heart was beating all through his body. Everything depended on him. He HAD to score…

Soccer prodigy Jamie Johnson is desperate to become Highwood School’s star football player – and, in his dreams, Hawkstone United’s, too! But after he wrecks his chances at the trials, the pressure is on. He’s got so much to prove, and not just on the pitch. Why don’t his mum, teachers and best mate seem to be on his side? Follow Jamie as he strikes for glory. Can he shoot from his school team right to the top?

“You’ll read this and want to get out there and play.” Stephen Gerrard

“True to the game… Dan knows his football.” Owen Hargreaves