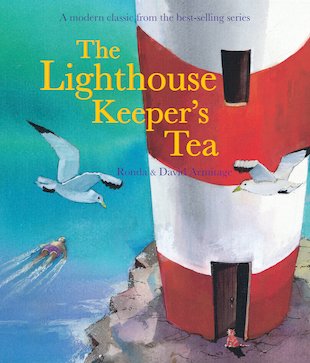 A book to make you feel as zingy and alive as a seaside picnic. You’ll love the amazing surprise. Mr Grinling – your favourite lighthouse keeper – has decided he needs a new hobby. Food, of course, is one of his big hobbies. But in spite of its title, this book isn’t really about food at all. (At least, only a bit.) Mr Grinling tries lots of hobbies, from baking cakes to bird-watching. But one morning, a stroll along the beach inspires him to try something different. Trust us – it’s so surprising you’ll never guess it at all.