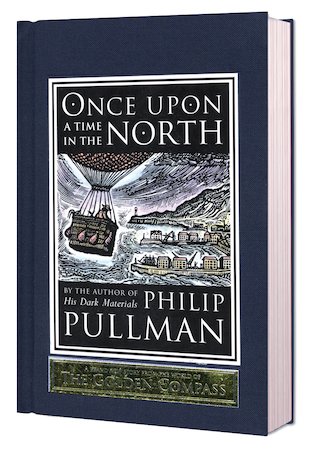 Once Upon a Time in the North

The stunning prequel to Philip Pullman’s masterful His Dark Materials trilogy is the gripping tale of how Lee Scoresby came to meet Iorek Byrnison in the frozen, wind-whipped Arctic isles. When dashing young aeronaut Lee Scoresby lands his balloon in the bleak Muscovite port of Novy Odense, he walks straight into a quarrel. It’s a quarrel between a Dutch seaman and a corporation with a deadly secret that it will kill to protect. Then a sinister figure from Lee’s past turns up in the town. But it’s only by teaming up with a strange and dangerous ally – one of the town’s hated, feared armoured bears – that Lee can dodge the armed guards of the Larsen Manganese mining company, and bring his old enemy to justice… Peppered with gunpowder, crooks and thrilling twists and turns, this sea-swept story of intrigue and high adventure is simply not to be missed!