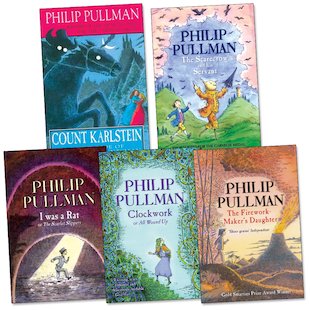 Five breathtaking tales from the nation’s most celebrated children’s author. These dazzling short novels shimmer with fairytale elements. There’s the hapless rat who turns into a little boy, the sinister secret of a German clockmaker, a scarecrow’s journey of self-discovery, and a girl’s battle with the evil Fire-Fiend. Drawing on influences such as Grimm’s fairytales and The Wizard of Oz, these stories have the deft touch of a master at work. As in the story Clockwork, their simplicity and charm masks the complexity whereby many magical elements are woven into a single glittering whole.