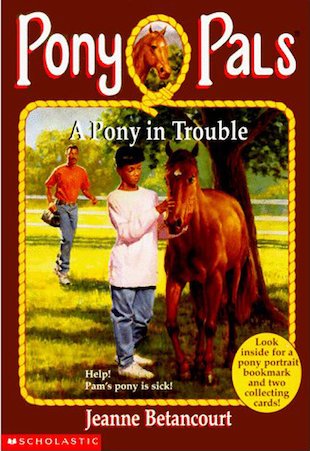 Pony Pals: A Pony in Trouble

Pam’s father is a vet, so she’s used to being around sick animals. But when her pony Lightning is taken ill, nobody seems to know what’s wrong. Time is running out for Lightning. Can the Pony Pals work out what’s making her sick… before it’s too late?