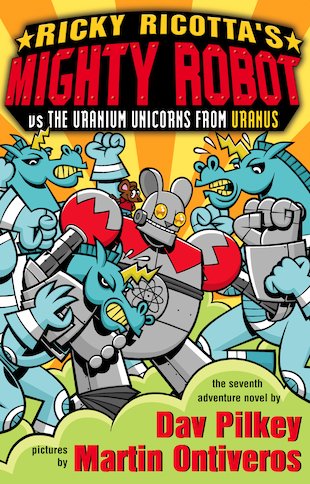 Ricky Ricotta loves his Mighty Robot, but sometimes it’s hard for a little mouse to have a best friend who’s so BIG. One night, Ricky makes a wish: if only his Mighty Robot had another friend his own size so he wouldn’t hang out with Ricky all the time. Little does Ricky know that his wish is about to come true. Evil Uncle Unicorn has travelled all the way from Uranus with a mean and nasty plan. He’s built a giant Ladybot to win the Mighty Robot’s heart, so that he can take over Planet Earth…