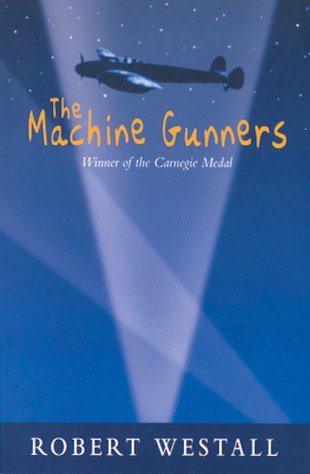 “Some bright kid’s got a gun and 2000 rounds of live ammo. And that gun’s no peashooter. It’ll go through a brick wall at a quarter of a mile.”

Chas is mad about the war. He has the second-best collection of war souvenirs in Garmouth – and he’s determined to make it the best. So when he stumbles across a crashed Heinkel bomber in the woods, he grabs his chance. The shiny black machine gun is still intact… and the pilot is still alive. Captured by Chas and his friends, can the German prisoner help his captors to win the war? Soon Chas’s gang are masterminding their own war effort, with dangerous and unexpected results…. Hilarious and gripping by turns, this is a brilliant tale of war and growing up from a truly great writer, Robert Westall.

Winner of the Carnegie Medal.