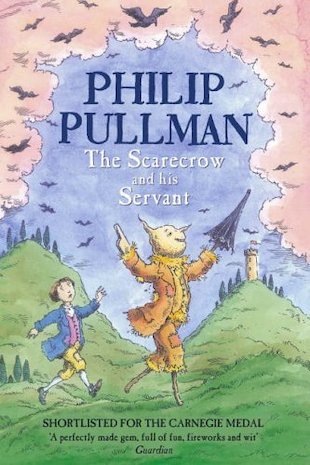 The Scarecrow and his Servant

A scarecrow and a small boy fall headlong into adventure – and learn some important lessons about life – in this wise and witty masterpiece from Philip Pullman’s luminous pen. One night, lightning strikes a field and brings a scarecrow to life. Kind-hearted but pompous and ambitious, he decides to see the world, and hires a little boy to be his servant. On their journey, each chapter of the book marks another episode of their adventures. The scarecrow can be scatterbrained and silly, and his decisions sometimes lead them into danger. But aided by his loyal servant’s common sense, will he work out what he is looking for – and find it in the end? A gentle, charming tale of self-discovery, friendship and adventure.