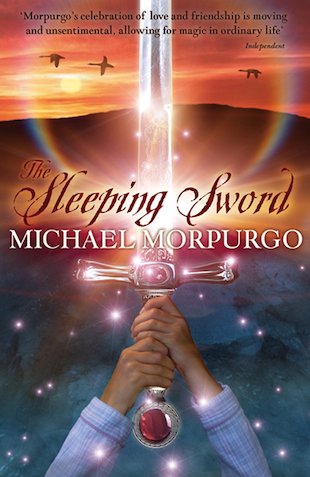 Bun is trapped in a living death. Since he dived off a rock and hit his head, his whole world has been dark. He lost his sight in the accident, and now stumbles aimlessly around his parents’ home in the Scilly Isles. But one day, walking in a field, Bun stumbles into a hidden cave. It turns out to be a tomb containing an ancient, beautiful sword and shield. As Bun grasps the sword, something miraculous happens… something that will draw him into the long-lost world of King Arthur and his knights, and reveal to Bun a quest of his own. Skilfully weaving the ancient legend of Excalibur into a modern-day setting, master storyteller Michael Morpurgo has created a timeless tale which truly captivates.