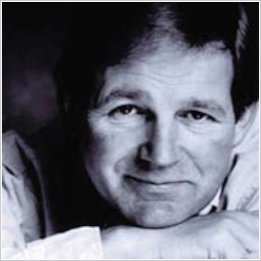 Michael Morpurgo discovered his talent for writing while working as a teacher. “We had to read the children a story every day and my lot were bored by the book I was reading. I decided I had to do something and told them the kind of story I used to tell my kids – it was like a soap opera, and they focused on it. I could see there was magic in it for them, and realised there was magic in it for me.”

Living in Devon, listening to Mozart, and working with children have provided most of the stimulae Michael needs to discover and write his stories. He spends about half his life mucking out sheds with the children, feeding sheep or milking cows; the other half he spends dreaming up and writing stories. “For me, the greater part of writing is daydreaming, dreaming the dream of my story until it hatches out – the writing down of it I always find hard. But I love finishing it, then holding the book in my hand and sharing my dream with my readers.”

Michael was the Children’s Laureate 2003-2005, and has won many awards including The Whitbread Prize For The Wreck of the Zanzibar, the Smarties prize for The Butterfly Lion the Blue Peter Award for Private Peaceful and the Red House award for Shadow.