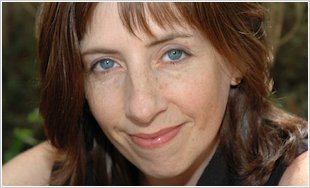 Ali Sparkes is the author of lots of children’s books including the award winning Frozen in Time, and the Monster Makers, Shapeshifter and S.W.I.T.C.H. series.

She’s also a journalist and BBC broadcaster who regularly exploits her sons, as an in-house focus group for her children’s novels. She reckons it’s a fair trade for being used as a walking food and drink vending machine.

Ali was a local newspaper reporter and columnist before joining BBC Radio Solent as a producer and presenter and then chucked in the safe job to be dangerously freelance and write scripts and manuscripts. Her first venture was as a comedy columnist on Woman’s Hour and later on Home Truths.

Ali Sparkes won the Blue Peter Book Award in 2010 for Frozen in Time.